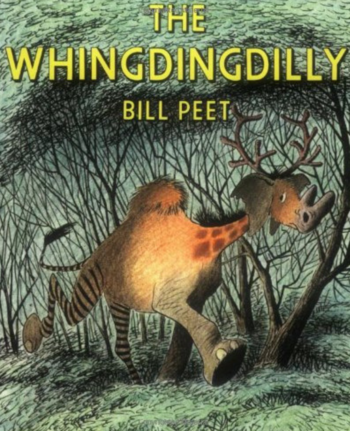 The Whingdingdilly is a 1970 children's storybook by Bill Peet.

A dog named Scamp, jealous of a local prize horse, encounters the witch Zilly while moping in the woods and agrees to let her turn him into something more spectacular than an ordinary dog. However, when she transforms him into an unheard-of creature called a Whingdingdilly, Scamp finds out that being extraordinary carries its own problems.