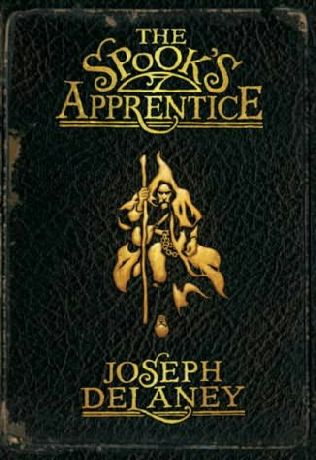 The Wardstone Chronicles is a series of dark YA fantasy books by Joseph Delaney.

The series chronicles the events during the training of Thomas J. Ward under the tutelage of John Gregory, the County's local Spook, whose job is to protect the locals from the dark. And what is the dark? Every horrible, evil, going-bump-in-the-night thing you can imagine, from boggarts to witches and everything in between.

The series' books include:

And a number of "side" books that provide further background on the characters, creatures, and settings in-universe:

As well as a sequel trilogy:

The series is notable for running mainly on old-school European superstitions about magic, witches, demons and the like—because even though you're likely to find the books in the children's section of the bookstore, you don't want to read these to your kid at bedtime.

And, certainly, they are not to be read after dark. Especially page 47!