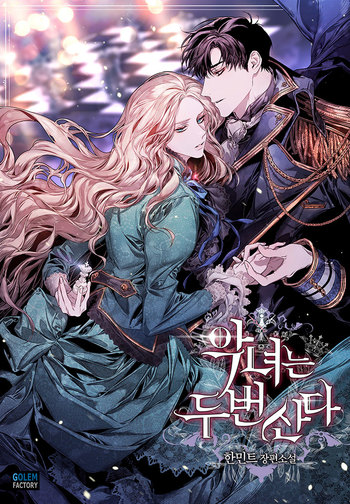 "You have to live for the sake of your brother. The success of your brother will bring happiness to our family." That is what Artezia Rosan was told by her mother her whole life. Using her power as a marchioness, Artezia helped her brother succeed the throne of the Kratez Empire from the shadows through countless evil schemes. Under his tyrannical rule the empire fell into ruin and misery. However, when Laurence no longer needed Artezia, he exposed all of her crimes to imprison and silence her by cutting off her tongue and limbs.

Rotting in her cell full of regrets, Artezia is freed by a former rival of Laurence's, Grand Duke Cedric Ebron. After rescuing Artezia, Cedric begs her to help the rebellion he is leading and come up with a plan to overthrow Laurence and put an end to his tyranny. While Artezia had no plan to stop Laurence, she knew a way to help Cedric. Using herself as a sacrifice, Artezia uses blood magic to turn back time, but for some reason she returns to the time when she just became 18 with all of her Past-Life Memories.

To atone for her sins, she plans to use all her skills and knowledge to sabotage Laurence and instead make Cedric the emperor. Thus, she suggests a marriage with her to Cedric and when she has secured the throne to him, they will amicably separate (so that he may find happiness with Artezia's only friend from her past life). But as they work closely together, so do their feelings for each other grow.

In 2020, it received a manhwa adaptation drawn by Peachberry. The manhwa's English translation is provided by TappyToon.