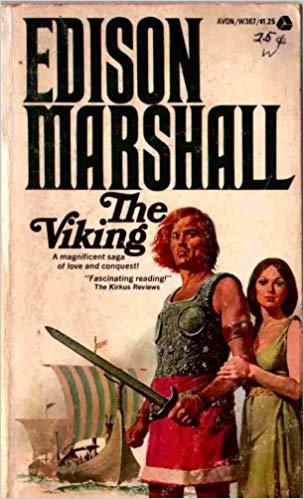 A 1951 novel by Edison Marshall, The Viking tells the story of Ogier the Dane in the days of Ragnar Lodbrok, viceroy to King Horik of the Danes and cousin to King Harold of Norway. A slave of Ragnar all his life Ogier is the rival of Ragnar's only son, and youngest in total, by his third and youngest wife, and the first to die, the Frankish Judith of Nantes. On a day when Ragnar and his sons go hunting, Ogier reveals a gyrfalcon he had found frozen to a tree the previous winter to Hasting and it is that day when Ogier's life changes completely. Ultimately becoming the slave of the exiled Northumbrian thane Egbert, Ogier enters a larger world with Northumbria becoming a recurring location in Ogier's life.

The book was adapted for the screen (with much changes in the names) in 1958 as The Vikings.