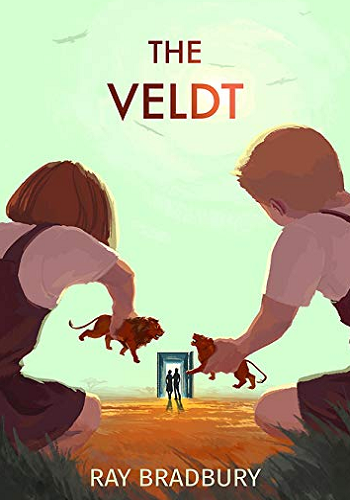 "The Veldt" is a short story written by American author Ray Bradbury. Originally appearing as "The World the Children Made" in the 23 September 1950 issue of The Saturday Evening Post, it was republished under its current name in the 1951 anthology The Illustrated Man.
Advertisement:

George and Lydia Hadley, two parents living in a futuristic society, worry about their children's mental health when their new virtual reality nursery, which can produce any environment the children imagine, continually projects an African veldt populated by lions feasting on carcasses. When they try to shut it down, the children do not take it well.

Extremely widely read, as it is often included in English Literature textbooks in American schools between 5th and 8th grade.

Alternative Title(s): The World The Children Made