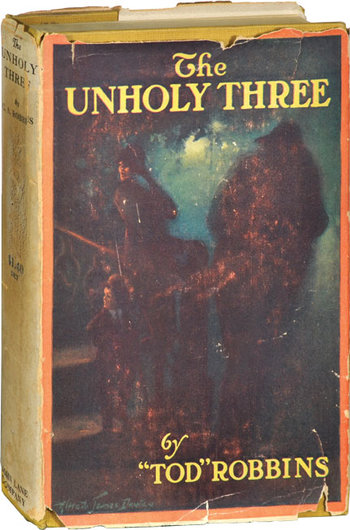 "Surely we shall fare well in the world, for where else can you find such a Mind, such a Voice, and such a Body?"

Although people are more likely to remember the two Lon Chaney movie adaptations, Tod Robbins's 1917 novel, The Unholy Three, started it all. It tells the story of three carnival workers who make the fateful decision to leave the midway behind and become a band of wandering murderers.

This Book Contains Exaples Of: