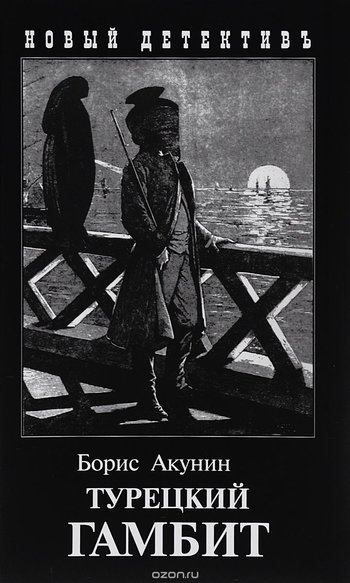 The Turkish Gambit is a 1998 Russian novel by Boris Akunin. It is the second novel in the wildly popular Erast Fandorin series.

It is set in 1878. Varvara Suvorova, a young woman of vaguely liberal political bent, has gone to the front of the Russo-Turkish War

to visit her fiancé Pyotr, who is in the army. All her luggage is stolen and she is left alone near the front, but she is rescued by one Erast Petrovich Fandorin.

Fandorin is serving in the army as a way of sublimating his grief after the tragic death of his newlywed bride at the end of The Winter Queen. He brings word that the Turks are advancing on the strategic town of Plevna and the Russians must take it first. However, when the orders for the Russian army arrive via telegram, they are for an attack on a different, irrelevant objective. Varvara's fiancé Pyotr, who sent the telegram, falls under suspicion. Meanwhile, Fandorin receives intelligence that a Turkish secret agent named Anwar Effiendi has penetrated Russian army intelligence, and is likely responsible for the altered telegram. It falls to Fandorin to ferret out the spy.

Adapted into a 2005 Russian film, The Turkish Gambit.