Literature / The Transmogrification Of Roscoe Wizzle 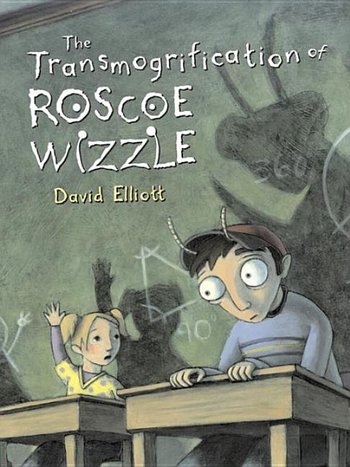 The Transmogrification of Roscoe Wizzle is a 2001 Children's novel by David Elliott.

Roscoe Wizzle alternates between spending his time at school, watching television, or hanging out with his best friend Kinchy Boomer.

This all changes when fast food franchise "Gussy's" comes to Roscoe's town. This piques Roscoe's interest, and he begins eating in the establishment on a regular basis.

Unfortunately, Roscoe discovers that he is undergoing a drastic change which makes him resemble a giant insect, but he cannot figure out just how it started.