Literature / The Tower and the Fox 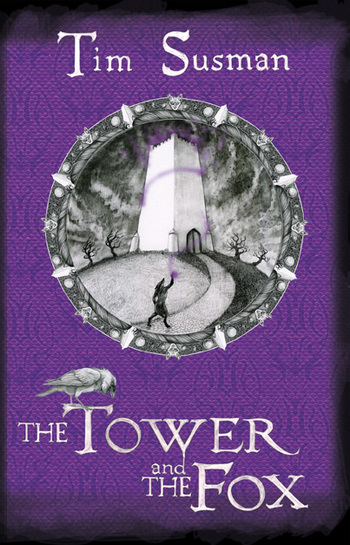 Just like Zootopia around the American Revolution but with magic and without a rabbit
Advertisement:

The Tower and the Fox is a 2017 fantasy alternate history novel by Tim Susman. It is part of a series consisting of.

In a version of our world where magic is an accepted fact, history has gone on a few unexpected tangents, most notably the creation of human-animal hybrids known as "Calatians" and the failure of the American Revolution. In the 1810s Colonial America's one sorcerer college, Prince George's, is attacked by an unexpected enemy, killing most of the students and leaving the college desperate for new admittants.

Among the new students are one Phillip "Kip" Penfold, a fox Calatian determined to become the first Calatian sorcerer. Coppy, an otter from London who's a close friend of Kip's. And Emily Carswell, a progressively minded human woman. The three of them and the few allies they've gathered must survive the rigors of a school half-full of sorcerers who don't want them there, or worse, and attempt to discern who or what killed off their predecessors.