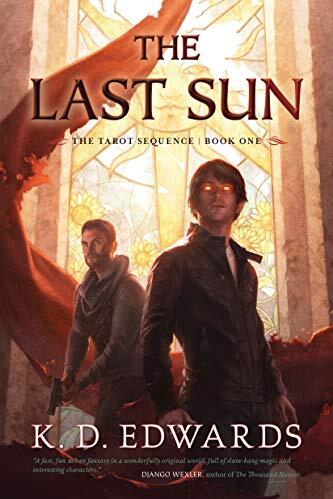 The Tarot Sequence is a series of Urban Fantasy books written by K. D. Edwards.

The series follow Rune Saint John, the last member of the Sun Throne, one of the Arcana families that rule over New Atlantis. In the setting, Atlantis one day had to move, appearing upon the normal world and stealing buildings to create its own society, rules by the Arcana, powerful Atlantians, each with their own courts and powers.

The Series is composed of the main books:

As well as a series of spin-offs