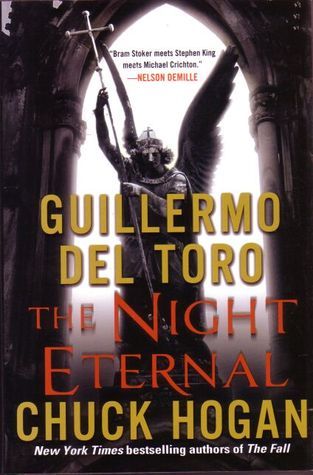 The Strain is the first book in a horror trilogy by crime novelist Chuck Hogan and acclaimed director Guillermo del Toro.
Advertisement:

The first book chronicles the arrival of an airplane at JFK airport filled with dead bodies drained of their blood. Dr. Ephraim Goodweather of the CDC is called in to investigate, but is baffled by the virus that seems to have killed these people. That is, until an old man provides him with information that this is not a virus, but another V-Word: Vampire.

Followed by two sequels: The Fall released in 2010 and The Night Eternal in 2011. The book has been adapted into a TV show by Guillermo Del Toro and Chuck Hogan, The Strain (TV series), and also an (extremely faithful) comic book adaption.