Literature / The Sport of Ghost Wrestling 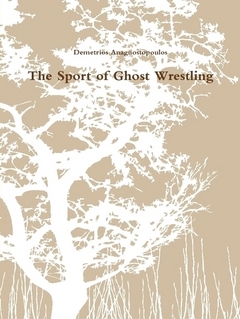 The Sport of Ghost Wrestling is a new book of the fantasy/science fiction genre written by our very own Demetrios Anagnostopoulos, the first volume in the series The Spectral Chronicles.

It centers on the story of Demetrios Anagnostopoulos, a man who has recently become a ghost. The good news is that he gets a lot of cool new powers with it. The bad news is he loses his memories of his mortal life. He decides to use his powers to create a new sport that proves to be quite the hit, and also hopes to find out what happened to his missing wife Lily. However, there are other forces at work, especially when an insidious cult that calls itself the Brotherhood of Nullity comes into play. Demetrios is then thrust into protecting the world from this bizarre cult, and discover the truth of his past.

The Sport of Ghost Wrestling can be found (and purchased) here