Literature / The Sky Is Everywhere 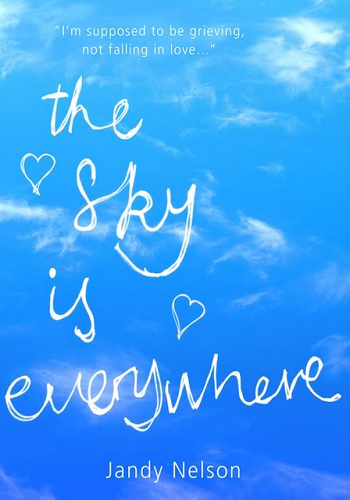 The Sky Is Everywhere is a debut Young Adult novel by Jandy Nelson.
Advertisement:

It revolves around seventeen-year-old Lennie Walker, who spends her time tucked safely and happily in the shadow of her fiery older sister, Bailey. But when Bailey dies abruptly, Lennie is catapulted to centre stage of her own life – and suddenly finds herself struggling to balance two boys. One boy takes Lennie out of her sorrow; the other comforts her in it. But the two can't collide without Lennie's world exploding...

A film adaptation of the novel was released on February 11th, 2022.