Literature / The Shattering: Prelude to Cataclysm 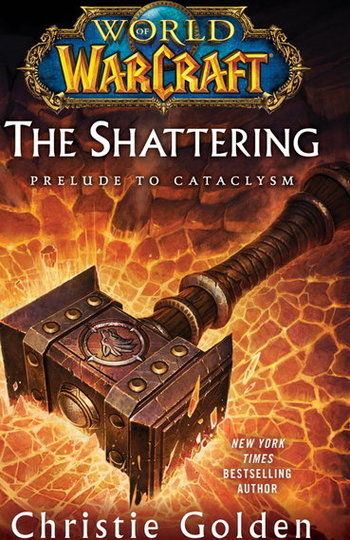 After the defeat of the Lich King, Azeroth's problems are far from over. The Horde and the Alliance are at the brink of war, and several incidents, as well as Varian's belligerent alternate personality Lo'Gosh, raise the possibility of the conflict being reignited. At the same time, the elements begin to become unruly, and Thrall leaves his post of Warchief to find answers from the elements of Outland, leaving behind Garrosh Hellscream, the hot-tempered and strong-willed son of Grom Hellscream, to serve as acting Warchief. Meanwhile, Varian sends Anduin to Ironforge while he works on how to best deal with Lo'Gosh. Long-standing internal conflicts come to a head for both the Horde and the Alliance, and they must overcome these trials if they are to survive the coming cataclysm.