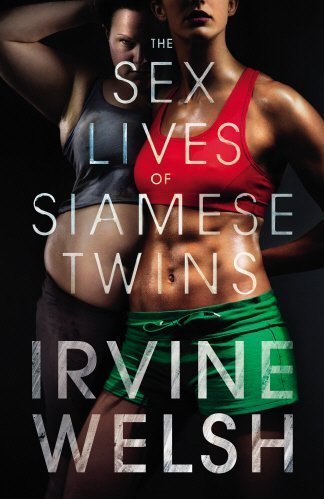 The Sex lives of Siamese Twins is the ninth novel from Irvine Welsh, published in May 2014.

The story follows Lucy Brennan, a Miami Beach personal-fitness trainer who disarms an apparently crazed gunman chasing two frightened homeless men along a deserted causeway one night. Within hours, Lucy becomes a hero; however, her celebrity is short-lived when the "crazed gunman" turns out to be a victim of child sexual abuse and the two men are serial pedophiles.

The solitary eye-witness is the depressed and overweight Lena Sorenson. Thrilled by Lucy's heroism and decisiveness, she becomes obsessed with the trainer and enrolls as a client at her Bodysculpt gym. It quickly becomes clear that Lena is more interested in Lucy's body than her own. Then, Lucy's true nature as an unrepentant sadist and narcissist slowly reveals itself as she in turn becomes more and more fixated on Lena and the goal of shedding her excess weight; which Lena circumvents by consuming junk food on the sly. When one of the pedophiles she allowed to escape carries out a heinous sex attack, Lucy suffers a psychotic break and imprisons Lena to force her to lose weight. Then the real problems start.