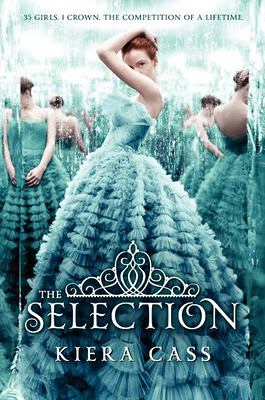 In the country of Illea (formerly America) your caste determines everything from your job to your quality of life, and there's little chance for moving upward. Except for The Selection: when the crown prince comes of age, thirty-five girls are picked in a random draw to compete for the chance at winning his heart and becoming Illea's future queen.

For America Singer, being Selected is a nightmare. It means leaving behind the love of her life, Aspen, and entering a strange new world where her every action is watched and judged. Then America meets Prince Maxon. Gradually, she starts to question all the plans she's made for herself - and realizes that the life she's always dreamed of may not compare to a future she never imagined.

she would be writing two more full length books in the series, which take place twenty years after the trilogy. The two are titled The Heir and The Crown.

The CW had unsuccessfully attempted to adapt the novels twice. Before the first book was even released, the network ordered a Pilot Movie starring Aimee Teegarden as America, Ethan Peck as Maxon, and William Moseley as Aspen, but it was ultimately not picked up. In 2013, The CW ordered another pilot movie, which starred Yael Grobglas as America, but, again, it was not picked up. By 2020, it was reported that Netflix is developing an adaptation, though there are no news about the cast yet.