Literature / The Seer and the Sword 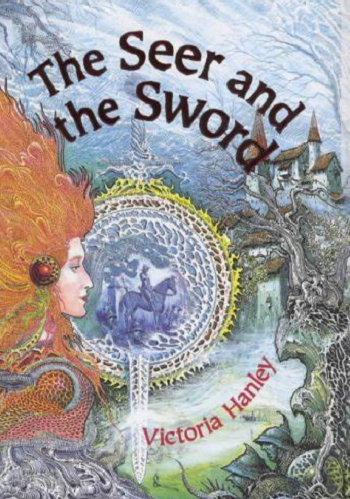 The Seer and the Sword is a 2000 novel by Victoria Hanley. It is the first book in the Healer and Seer series.
Advertisement:

Princess Torina, Kareed's young daughter, discovers that she can see the past and future when she looks into the crystal. The young princess frees Landen, and begins to secretly build a bond of friendship with him. Landen, who had vowed to learn to fight and reclaim the Sword of Bellandra, is trained along with other boys to be a soldier of Archeld. As time goes on, Torina's head is turned by the much older Vesputo, her father's right-hand-man. Despite Landen's warnings and Torina's abilities, treachery strikes, and their lives are thrown into utter upheaval.