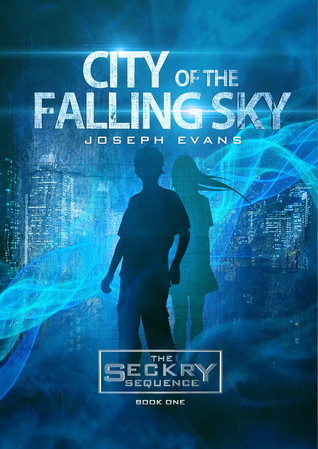 "When Seckry Sevenstars is forced out of his village by the greedy Endrin Corporation and relocated to the daunting metropolis of Skyfall City, he harbours resentment for the company and vows to get them back one day for taking away his home, his school and his friends..."
—Excerpt of the blurb for City of the Falling Sky

The Seckry Sequence is a series (set to be a trilogy) of young adult science fiction novels by Joseph Evans. It is his debut book series and follows the adventures of fourteen-year-old Seckraman "Seckry" Sevenstars.

The series so far:

The Seckry Sequence provides examples of: