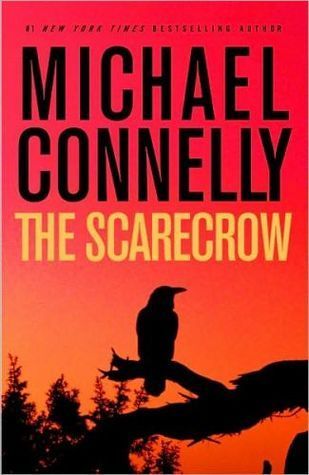 The Scarecrow is a 2009 crime novel written by Michael Connelly.

The novel revisits Jack McEvoy, crime reporter and hero of previous Connelly novel The Poet. Life has been something of a disappointment for Jack since he hit the big time with his true crime book The Poet. He was hired to a hefty salary by the Los Angeles Times but in the thirteen years since he has not written any other books, with an unfinished and failed novel sitting in a drawer. He has not seen Rachel Walling, the FBI agent he fell in love with while chasing The Poet. And to make matters worse, the relentless decline of the newspaper industry has resulted in Jack being fired from the Times, but not before he has to train his replacement, fresh-faced young reporter Angela Cook.

Jack fields a call from the grandmother of Alonso Winslow, a gangbanger being held on a murder charge involving a stripper found dead in the trunk of a car. Jack's investigation of the murder soon leads to a completely different direction, eventually taking him to a computer "server farm" in Arizona, run by a computer tech named Wesley Carver, who has some dark secrets.

Followed 11 years later by a third Jack McEvoy novel, Fair Warning. No connection with the villain from the Batman universe, or with the 1920 film by Buster Keaton.