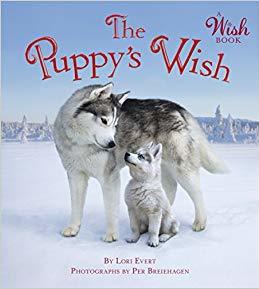 Birki the puppy wishes he was as special as the other animals.
Advertisement:

The Puppy's Wish is a Picture Book about the puppy Birki and his wish to be special. The book was written by Lori Evert, with the photographs provided by Per Breiehagen. It was published in 2017. It's also part of the Wish Book Series.