Literature / The Power and the Glory 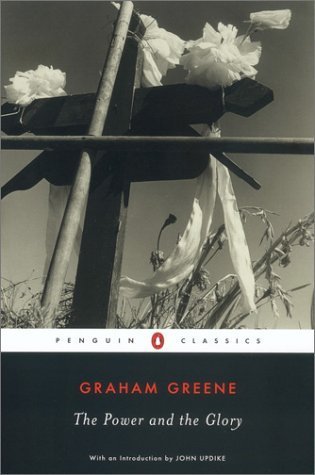 The lieutenant said in a tone of fury: "Well, you're going to be a martyr—you've got that satisfaction." "Oh, no. Martyrs are not like me. They don't think all the time—if I had drunk more brandy I shouldn't be so afraid."

The Power and the Glory is a novel by Graham Greene, published in 1940. It takes place in Mexico in the 1930s during the time when, in several states, religion (and priests) were outlawed by socialists. The hero is a nameless alcoholic priest who has decided, unlike most, to stay in Mexico as a fugitive from the state's police, who hunt him down, and a savior to the people. The novel is generally considered a literary masterpiece. The book is the trope namer for the stock character of the booze-addled Whisky Priest.

The novel was loosely adapted by John Ford as The Fugitive (1947), starring Henry Fonda. Greene hated the movie, but Ford liked it and ranked it among his best works.

No connection to 1933 film The Power and the Glory.