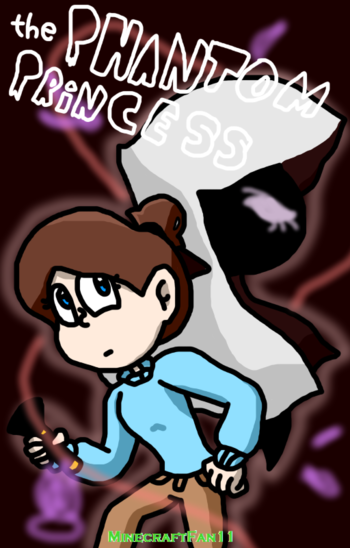 is a story being written by Minecraft Fan 11 to Wattpad, being inspired by the formula of some of the most popular cartoons from The Millennium Age of Animation.

Tattiana Sewell, initially, is just like any common girl with a witty, sassy but compassionate personality. She has loving (if not just mildly too busy) parents, two great siblings, and two best friends at her school. But her life will take a turn to the bizarre once she comes into contact with her hometown's largest secrets: the ghosts from her hometown's old mythology are real.

Once a certain ghost called Espectra and titled The Phantom Princess comes, asking for her help to defeat the evil ghosts around the town, Tattiana is unable to hide that this cloaked spirit might be wise and savvy (even if she sounds and looks emotionless), but also really secretive. She'll need to use her wits to solve problems and find out the truth about her ally, and also who is exactly pulling the strings.

WARNING! Spoilers from the first fourth chapters will be unmarked. Don't say you weren't warned.