Literature / The Path of the Eldar 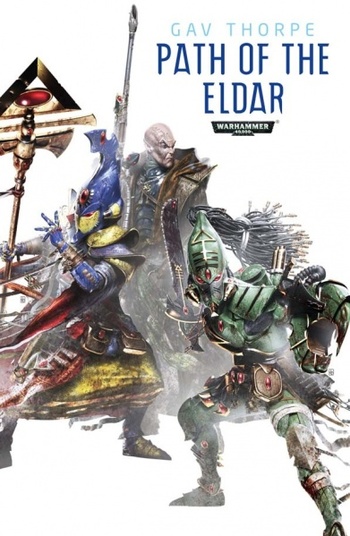 A series of Warhammer 40,000 novels focusing on the Eldar. The series is split between two separate branches.

The second is a trilogy written by Andy Chambers about the Dark Eldar. The first, Path of the Renegade, revolves around a plot to overthrow Asdrubael Vect by summoning a former ruler that Vect defeated long ago. The second, Path of the Incubus, is about the chaos (and Chaos) unleashed in Commorragh by the events of the previous book and the efforts of multiple factions to survive and possibly end the damage. The third book, Path of the Archon, revolves around Asdrubael Vect's efforts to bring the unrest in Comorragh under control, his foes' efforts to undermine his rule, and the efforts of some to simply survive the horror.