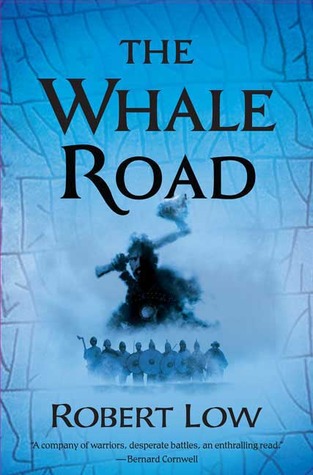 "Not yet but soon".
"We swear to be brothers to each other, bone, blood and steel, on Gungnir, Odin's spear we swear, may he curse us to the Nine Realms and beyond if we break this faith, one to another.'"
Advertisement:

A series of books by the Scottish author Robert Low, the saga tales of Orm "Bearslayer" Rurikson, rescued from certain death by his adoptive father and taken along his ragged band of Viking raiders known as The Oathsworn - Vikings or "Varangians" note Wich literally means "Oathsworn" on the eastern trail. They are hard men bound to each other both by friendship and the fear of One Eye's fury should they break their oath. A gritty and realistic yet funny and exciting depiction of the viking lifestyle, set mostly in Eastern Europe and beyond. Throughout five books, Orm brings back the known world of the 10th century as the group searches for fortune and fame.

The Norse religion is dying as the White Christ cult spreads throughout Europe. The Oathsworn is hired for a task by the wealthy Swedish merchant Brondolf Lambisson and his companion, the German monk Martin. The Oathsworn soon find themselves on an adventure involving both a chase for the buried silver of Atilla the Hun and The Spear of Destiny. But what are Lambissons true intentions? And Martin would sure like that spear all for himself... What follows is a series of events that will lead the characters across Europe and Asia on quests full of bone, blood and steel.

Spiritually related to the Conqueror and The Saxon Stories series of novels.