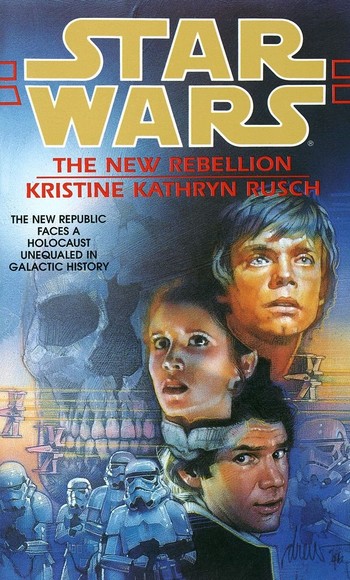 A former student of Luke Skywalker, now fallen to the Dark Side and seemingly able to mysteriously kill thousands at will from great distances, sets in motion a plot to destroy Luke and Leia and topple the New Republic. Meanwhile Han and Lando run into a few 'friends' from their smuggling days.

The New Rebellion is a stand alone story (something relatively rare in the Star Wars Expanded Universe) and at 532 pages is one of the longest in the series.

The New Rebellion provides examples of: