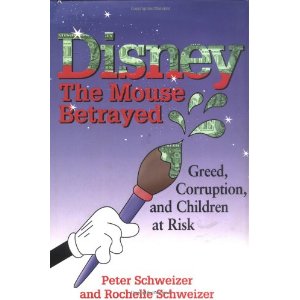 Disney: The Mouse Betrayed is a book about corruption in The Walt Disney Company.
Advertisement:

It covers everything from brutal hazing rituals involving assault and molestation at the firehouse at the Magic Kingdom at Walt Disney World to the old accusation that The Lion King (1994) plagiarizes Kimba the White Lion.