Literature / The Mortal Instruments
aka: City Of Bones 2007 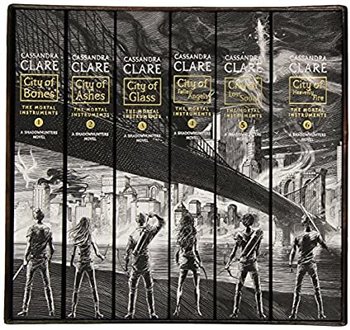 A 2007-2014 Urban Fantasy series by Cassandra Clare, and the books that spawned the The Shadowhunter Chronicles.