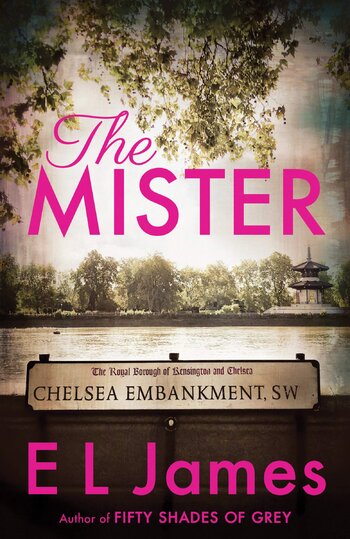 The Mister is a 2019 romance novel by E. L. James. It tells the story of a relationship between a British aristocrat, Maxim Trevelyan, and his Albanian housemaid Alessia Demachi.

Maxim is the younger son of an aristocratic family, with all the privileges but none of the responsibilities. He spends his days on leisure activities, pursuing his latest hobby until he gets bored or in bed with numerous beautiful women. This changes when his elder brother, Kit, dies suddenly in a motorcycle accident and Maxim inherits his title as Earl of Trevethick. Now playboy Maxim will have to step into his brother's shoes, although another complication arrives in the form of Alessia, his new housemaid.

Alessia has been forced to leave her homeland of Albania and settle in the UK, working as a housemaid for various members of the upper-classes. She finds herself drawn to one of her employers in particular. Sparks fly between Alessia and Maxim and they grow closer by the day. However, with Alessia's dark past threatening to catch up to her and Maxim's aristocratic peers potentially disapproving of him romancing a servant, will the pair get a happy ending?

Tropes present in this novel include: