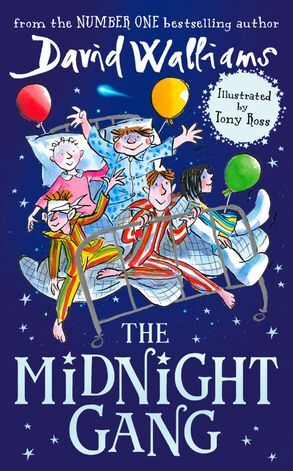 The Midnight Gang is a comedy novel designed to be read by both children and adults and written by David Walliams.

It focuses on a twelve-year-old boy named Thomas, or "Tom" for short, who injures his head getting hit with a ball in his strict boarding school and gets sent to a dilapidated hospital.

There, he makes friends with the children there: a chubby, Cockney boy with a Sweet Tooth named George, a snarky boy named Robin, a tough girl in a wheelchair named Amber, and a seriously ill girl named Sally.

He discovers that the nameless, scary-faced porter helps entertain the children there in very elaborate ways, making their ambitions come true, at midnight (hence the name 'Midnight Gang').

The Midnight Gang provides examples of