Literature / The Maypole of Merry Mount 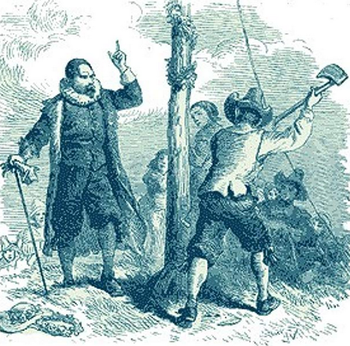 "The Maypole of Merry Mount" is a short story written by Nathaniel Hawthorne in 1832 and included in his Twice-Told Tales collection. An effort of Hawthorne's Historical Fiction that dramatized what was at least partially true of the conflicts of the Merrymount settlement in what is now Quincy, Massachusetts.

The people of Merrymount are celebrating a marriage of a young male and female around the ceremonial maypole. Then John Endecott and his Puritan separatists show up and, well, those heathen practices just aren't in-line with their views.

Tropes in this short story: