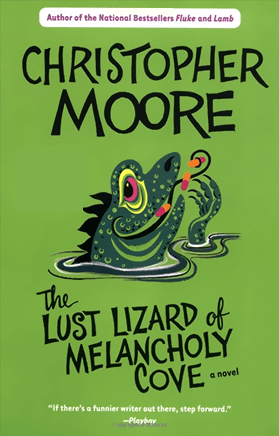 A 1999 novel by American humorist Christopher Moore. Set in the sleepy little town of Pine Cove (previously featured in the novel Practical Demonkeeping and later in The Stupidest Angel: A Heartwarming Tale of Christmas Terror), it tells the story of drug dealers, dolphin-philiacs, psychologically unstable psychiatrists, retired B-movie stars, and the prehistoric sea monster who loves them.