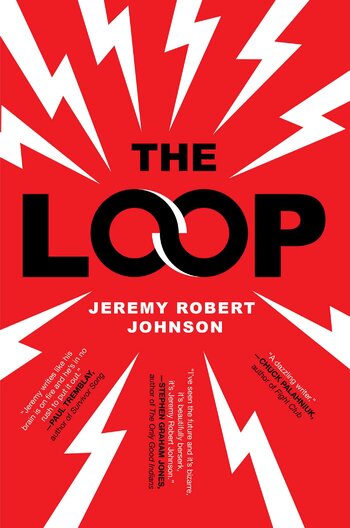 Get ready for night of your life.
"Maybe I've lost my mind, but this feels right."
Lucy Henderson
Advertisement:

Turner Falls is a small tourist town nestled in the hills of western Oregon, the kind of town you escape to for a vacation. For Lucy Henderson, all she can think about is escaping from Turner Falls; from the rich Jerkasses at her school with their sexist and racist jokes, only getting their way thanks to the money their parents have.

In the final weeks of the school year, tragedy strikes when one of her classmates suddenly loses all senses and murders a teacher right in front of her. Already dealing with a troubled past, Lucy has her nerves stretched to the limit, unaware of the warning of things to come.

Suddenly one night, many of the youth of the idyllic small town are stricken with the same madness as they become violent psychopaths. As chaos consumes Turner Falls, Lucy bands with a small group of immune in order to survive the night. For so long she's wanted to escape, now if she doesn't it'll cost Lucy her life….

A novel by Jeremy Robert Johnson, Stranger Things meets World War Z in this heart-racing conspiracy thriller as a lonely young woman teams up with a group of fellow outcasts to survive the night in a town overcome by a science experiment gone wrong.

This novel contains examples of...