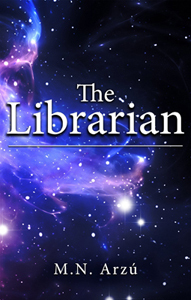 Jane Logan is brought to Arlington Base to identify her husband's impostor, just to find out he's not exactly what she thought he was. On his part, Nick Logan is finding how hard it is to tell his wife the truth, especially behind a cell and with the military in between.

Not to be confused with The Librarian movie series.

This short novel provides examples of: