Literature / The Legend of Yan-Kan Mar 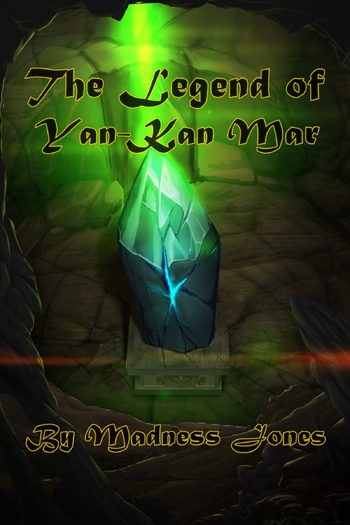 The Legend of Yan-Kan Mar is a 2017 sci-fi novel written by Madness Jones. The main story is about three sky pirates from a prehistoric earth species known as the Taiko being punished for their crimes with eternal imprisonment and then being awakened in the 21st century, when humans rule the planet.

The leader of the group, Yan-Kan, and her sisters Dia and Mukaiko take on human names and alter their appearances to try to fit in with the new society they've found themselves in, but everything is complicated when it turns out their species isn't extinct after all and return to planet Earth to take it back from the humans. It doesn't help that they conned a normal Japanese family into housing them and therefore cannot reveal their identities as ancient beings lest they be killed; either by the humans or by the Taiko.

The Legend of Yan-Kan Mar provides examples of: