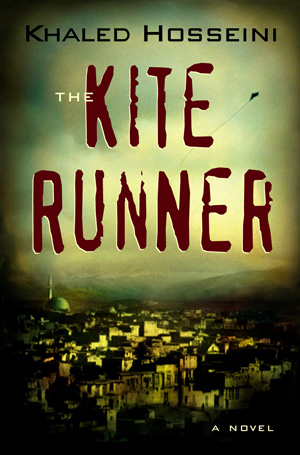 "For you, a thousand times over."

The Kite Runner is a novel written in 2003 by Khaled Hosseini. It is his first novel, the second being A Thousand Splendid Suns and his third being And the Mountains Echoed.

The story begins in Afghanistan in the 1960's, and follows Amir, a Pashtun

and a member of the Kabul upper class. His father's servant, Hassan, is a Hazara

, one of the North Afghan tribes (the Pashtuns inhabit the south, along with related regions in Pakistan and Iran). Amir and Hassan are best friends and treat each other like brothers, despite their socio-economic differences. One day, Hassan is subjected to a traumatizing event; Amir witnesses this but due to his cowardice, does nothing to help his friend. This causes a rift between the two, and eventually they part ways.

Many years later, Amir is married and has a relatively good life in the United States, having tucked away his guilt and past. One day he receives a phone call from his father's good friend, asking him to return to Kabul as an important matter awaits him there. It becomes apparent that he finally has to face his wrongdoings and somehow make amends by going on this journey.

In 2007, a movie was made based on the novel, directed by Marc Forster (Finding Neverland, Quantum of Solace). The novel was even adapted into a Graphic Novel.

It is currently part of the GCSE syllabus in the UK.