Literature / The Kingdom of Dreams 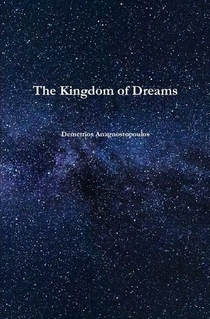 The Kingdom of Dreams is the seventh volume of The Spectral Chronicles.

The year is 2152. Ten years have passed since Astaroth and his demons attacked the Stone Cutters, and in that time, there has been a great peace around the world. After all the victories over the demons and The Illuminati by the Stone Cutters, the Champions of the Light and the Red Knights, the people of the Earth pretty much don’t even have much reason to have bad dreams anymore. However, a terrible demon lord, Mhithl’ithoth, the ruler of nightmares, seeks to undo all of this and plunge the world into darkness and fear, paving the way for his Dark Emperor. He invades the palace of Esheia, the goddess of dreams, previously thought impenetrable thanks to the good thoughts of the Earth’s peoples the heroes’ efforts inspired. With her gone, the Dream World becomes horrifyingly corrupted, and thus nightmares start feeling more real than they should and waking up from them, while a relief, brings physical as well as spiritual pain. Some people are even trapped in sleep because of Mhithl’ithoth and his minions. And thanks to his machinations, some nightmare visions even spill over into the real world. Can the heroes defeat the demons in light and in sleep, or will both worlds fall to the unholy empire of Pandemonium?