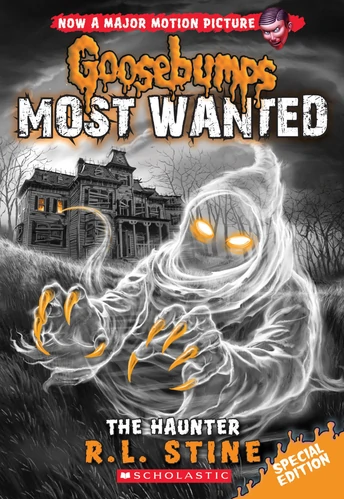 The Goosebumps Most Wanted Special Edition book where a boy is taken over by a ghost.

Sammy Baker wishes he wasn't so shy and timid, and wants to prove he can be brave too. Unfortunately, he tries to do so by following his friends to an abandoned house, supposedly haunted. And as he soon finds out, there's no "supposedly" about it, when one of the ghosts takes over his body, with the intention of forcing Sammy to do his bidding...