Literature / The Haunted Castle of Oz 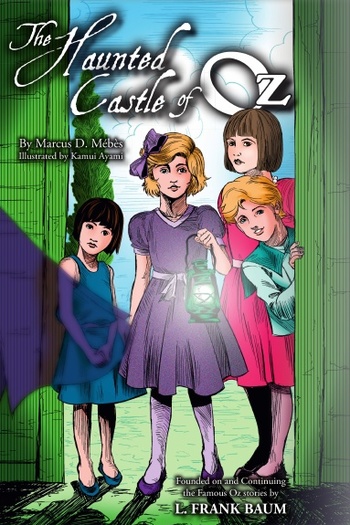 The Haunted Castle of Oz is a 2019 novel by Marcus Mebes and illustrated throughout by Kamui Ayami, which follows the continuity of the original Oz series.

There have been strange sightings of a ghost in the palace of the Emerald City, and Ozma wants to get to the bottom of it. She has Dorothy, Betsy, Trot and Button-Bright stay up at night to search the castle, only to find that the "ghost" is the projection of a prince named Terrence from the far-off kingdom of Flora, who requires the assistence of a Princess to usurp the throne from his uncle. The story goes on to include many characters from the Oz books both well-known and obscure.