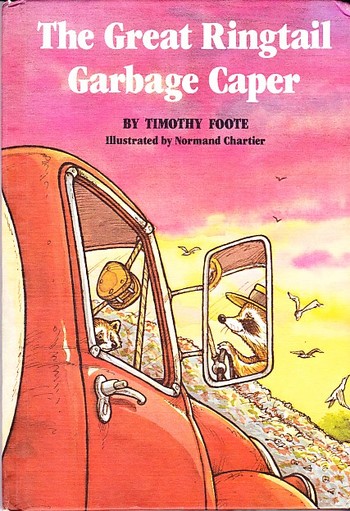 Trash Day is a very dangerous day.
Life on Gull Island is an almost idyllic for a community of raccoons. The island's dump has no shortage of delicious trash thrown out by the wasteful human population, allowing the ringtails to thrive in luxury. All this changes when the island's new garbage collectors prove far more efficient and hardworking than their predecessors, leaving not a scrap behind. Faced with the prospect of losing easy access to their foodstuffs, the raccoons put together a Badass Crew and embark on a plan to get back their easy lives by hijacking the trash truck and going on a wild midnight trash run to claim the spoils for themselves.
Advertisement:

A children's novel written by Timothy Foote, the book was also adapted by Hanna-Barbera into an episode for CBS Storybreak.