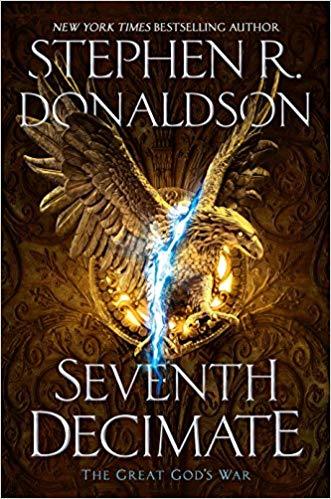 The kingdoms of Belleger and Amika have spent several centuries in a Forever War that has left them both in ruins. The original reasons for the conflict are only dimly remembered, but the Amikans seem determined to fight to the bitter end and the Bellegerins have no choice but to oblige them or be destroyed. Battles are made especially horrific through the presence of sorcerers, using the six Decimates of Fire, Lightning, Draught, Earthquake, Pestilence and Wind to deadly effect.

The Bellegerin are hoping to finally turn the tide through their recent invention of rifles, but before they can capitalise on their advantage, all sorcery in Belleger suddenly ceases to work — and new rifles can only be forged with the aid of the Decimate of Fire. Expecting a devastating attack at any time, the King of Belleger sends his son, Prince Bifalt, on a desperate mission for a legendary library said to contain the knowledge of the Seventh Decimate, a lost art that can nullify other sorcery.

The Great God's War is a Low Fantasy series by Stephen R. Donaldson, planned to consist of three books. The first, The Seventh Decimate, was published in 2017, while the second, The War Within, followed in 2019.