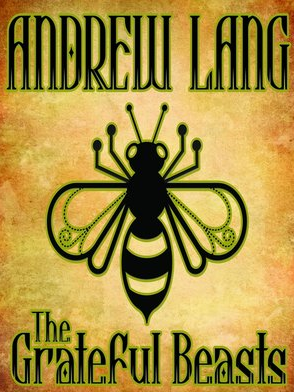 The helpful queen bee.
The Grateful Beasts is a Hungarian Fairy Tale.
Advertisement:

A poor couple send their three sons out to find their fortunes. The youngest of the three, Ferko, is exceptionally beautiful, so his jealous older brothers are convinced that he will be favored by everyone and they will have no chance of success anywhere. They trick Ferko into letting them break his legs and put out his eyes, then abandon him to his fate. He stumbles under a gallows tree, however, and overhears two ravens talking about the medicinal properties of the dew which falls on the hill and the lake below it. He manages to make his way to the hill and uses the dew to heal his own injuries; he then likewise uses the dew to save the lives of a wolf, a mouse, and a queen bee.

Ferko then finds his way to the royal court, where his brothers have also entered into service. Stunned at his well-being, the cruel brothers persuade the king that Ferko is an evil magician who will carry off the princess, and recommend that he demand Ferko complete an Impossible Task - and kill him if he fails. The king orders Ferko to construct a castle more beautiful than the one in which the king lives. Ferko turns to his friend the queen bee, who arranges for the castle's construction.

Ferko's brothers persuade the king to set him a second Impossible Task, against the objections of the kind-hearted princess, who has fallen in love with Ferko. This time he must gather all of the harvested grain in the kingdom into the barns. The mouse whom Ferko saved summons all the mice of the kingdom, and they perform the duty for him. This leaves Ferko's brothers more determined than ever to see him fail, and they incite the king to demand a third Impossible Task, which he does. He orders Ferko to summon all of the wolves in the kingdom. When the princess bursts into tears and protests this demand, her father locks her in a tower.

This means that she isn't there when Ferko's wolf friend puts out the call for all the wolves to convene upon the court, which they do... and they are hungry when they arrive. To put it mildly, the encounter between the court and the wolves does not go well for the court. Ferko releases the princess from her tower, marries her, and becomes king.

. Compare to True and Untrue