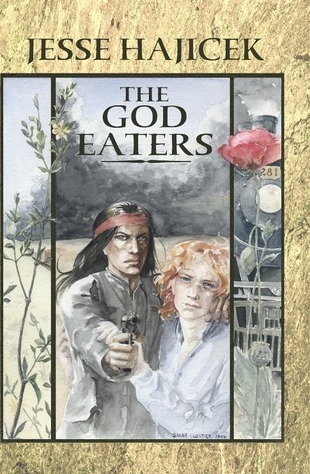 A novel by Jesse Hajicek set in a fictional totalitarian world.

Imprisoned for 'inflammatory writings' by the totalitarian Theocracy, shy intellectual Ashleigh Trine figures his story's over. But when he meets Kieran Trevarde, a hard-hearted gunslinger with dark magic lurking in his blood, Ash finds that necessity makes strange heroes... and love can change the world.

This work is also available in its entirety on the web

Despite the title, the book has nothing to do with the God Eater games.