Literature / The Girl Who Played Go 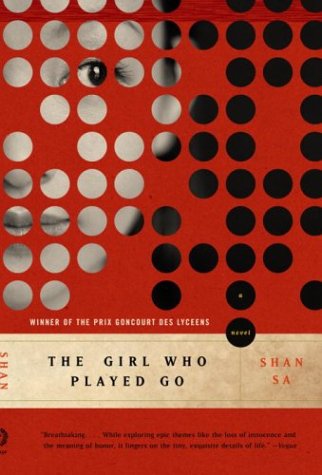 The Girl Who Played Go (La Joueuse de Go) is the third novel by Shan Sa, a Chinese author who lives in France, and writes in French.

Manchuria, 1930s. A sixteen-year-old girl's favorite pastime is to play go on a public square. She wins against all adversaries, but one day a young man shows up who turns out to be a match for her. As they make a habit of playing against one another, their rivalry turns into mutual admiration and eventually attraction.

But the man is actually an officer in the occupying Japanese army, and as the Second Sino-Japanese War breaks out, the two players find themselves on enemy sides.