Literature / The Girl Who Owned a City 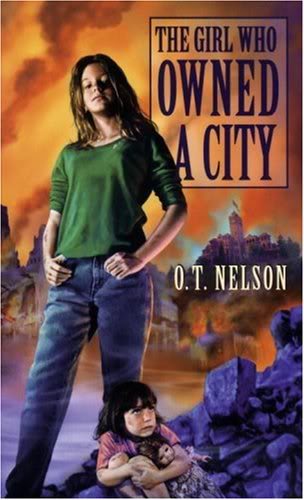 A post-apocalyptic sci-fi YA novel by O.T. Nelson.

When a plague sweeps through the world and kills off anyone over 12 years of age, the children of the world are left without anyone to care for them. So when young Lisa decides she's sick of scavenging for food and fearing the new young gangs that roam the area, she decides to unite the survivors and lead them back to the way things were, even though nothing will ever be the same.

Published in 1975, the book is still considered a popular choice for required reading in schools, due to the depth of characters and subject matter. It must be mentioned than many of the political themes have particular appeal for budding Objectivists, something the author was more than happy to provide.