Literature / The Geeks Shall Inherit the Earth 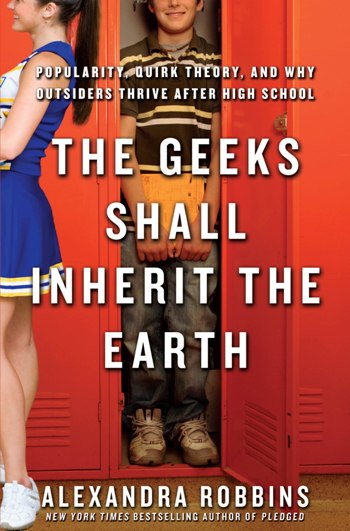 The Geeks Shall Inherit the Earth - written by Alexandra Robbins and published in 2011 - explains that popularity may not be all what it's cracked up to be, and that the qualities that make kids unpopular in high school are those that help them later in life. It follows the lives of seven individuals struggling with the harsh realities of high school social life over the course of a year.