Literature / The Gate Of Ivory 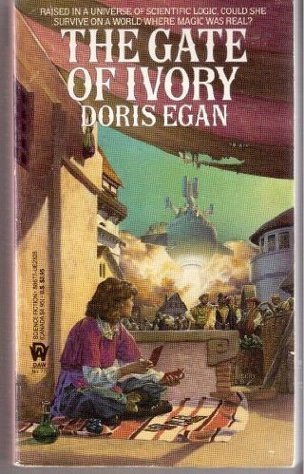 In the world of Ivory, created by Doris Egan, magic is real. It isn't real in any of the other planets humanity has colonized, but on Ivory, sorcery works. On that world, Theodora of Pyrene makes her life as a fortune-teller. A former scholar, Theodora made a mistake which resulted in her missing her trip back home, and now works in the market-place. Then, Ran of Cormallen showed up and offered her a job, reading the cards for him. From there, Theodora becomes enveloped in the politics of Ivory, a world where assassination is an art, an art reserved for the families with enough money to pay to make it an artform instead of a crime. All Theodora wants is to go home, but once she becomes entangled with Ran, she has become a pawn in a fight for the future of Ivory, and where they stand in the galaxy.