The Four Lords of the Citadel are a group of characters created by Eventua. They've gone through a lot of revisions and versions, as has most of his stuff, and the setting they're part of has also changed a lot in that time. Originally without a consistent back story or proper purpose and plot line, their origins and nature have been properly decided, and they're planned for something quite big. Currently, a novel told from their perspective is underway, and general feedback is looking pretty good!

This page will mostly just look at general, hopefully non-spoilery tropes. There are no spoiler warnings because this really covers more basic/surface stuff, though certain setting concepts (silhouettes, the Enneagram etc.) will be spoiled with impunity.

The characters do appear in published works - aside from appearances in various roleplays and forum games here on the site, various chapters and short vignettes/stories have been written about them and uploaded to Eventua's deviantART, located here: [1]

That said, those are currently unfinished - rather, a new novel, effectively an Origin Story, is currently in the works. None of that has been uploaded, however.

For the Enneagram, its minions, and the work as a whole 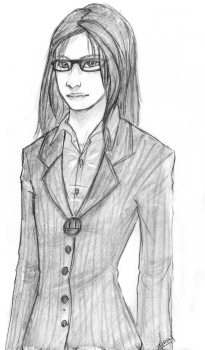 Leader of the Four Lords as well as The Smart Girl, Mystidia is the Melancholic one, and is a pessimistic, introverted individual with a penchant for literature and puzzles. She dislikes conflict and violence, preferring to solve problems through talking about it and rationality. Do not assume she is weak, however - far from it. A proficient business woman and the inheritor of a vast fortune before she 'died' and awoke to become a silhouette, she knows her way around a contract. A capable leader when it comes to objectives, she is skilled at coordinating the abilities of others - she's just not quite so great when it comes to everything else. 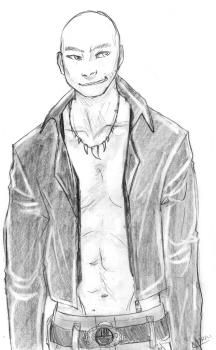 Second-in-command, Iram is the Choleric one. A thug, he's got some serious anger management issues and is kind of loud. Violent and strong-willed, he regularly treads the ground of being a villain and is almost constantly butting heads with Mystidia because of it, but more often then not he's just arrogant and bored. The Enneagram gave him tremendous 'physical' power, but he's still getting used to this whole teamwork business.

All that said, he has his good points: he's intensely loyal and honest, almost to a fault, and on the rare occasion when he makes a promise, he WILL keep it, guaranteed. He's also decisive and quick thinking, and a lot smarter than he looks. It's just a question of finding some sort of positive expression for all that anger... 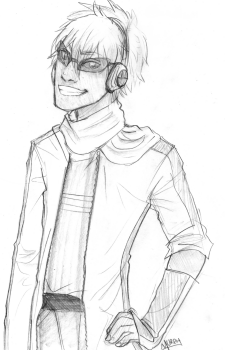 The Big Guy of the group with the widest variety of Elemental Powers, Gaudium is the Sanguine one, and is a laid-back, happy go lucky kind of fellow with an... 'interesting' view of the world. He's quite charming and means well, but he talks A LOT and isn't particularly bright. An, ahem, 'airhead', if you will.

Of note, he's also the only one of the group whose life has been fairly comfortable from the very beginning - the others all have a Dark and Troubled Past of some description - whereas he's never had many troubles. As a result, he can sometimes come across as uncaring or hedonistic at the expense of others. 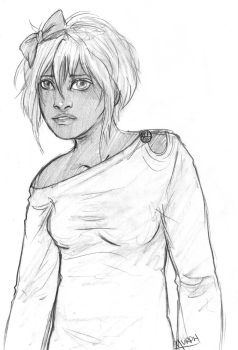 The one who helps prevent the others from killing each other. Timora possesses cripplingly low self-esteem and is terrible in social situations - unlike Mystidia, who simply tolerates them, Timora finds herself unable to cope with them very well at all: she suffers from Social Anxiety Disorder. And unfortunately, her society during life was not very welcoming to such a condition.

Ultimately, she has great potential and is the most 'heroic' of the group, but her various weaknesses make this... difficult. Also goes a bit weird around ice-cream.