Literature / The Fires of Affliction 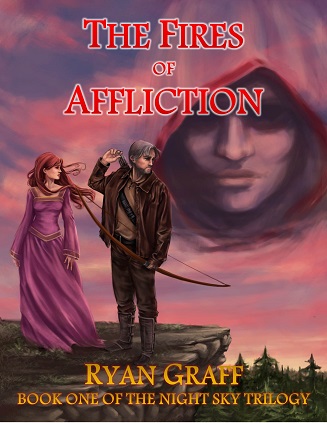 "The huntsman blinked away from a shaft of sunlight. His eyes had yet to fail him, though at his age, they'd surely soon begin to. For now, they found his food, his hands caught and cooked it, and his belly kept him moving till he'd gathered enough. Men had lived as such since time began, though few still did in the age of city and sail. Most had their walls, their families, their lords. For all Khan knew, he was the only man in Gelland to have left all that behind."

The Fires of Affliction is a self-published novel by author Ryan Graff. The story follows a woodland huntsman named Khan Eilon, who fights to protect a magically gifted young woman from a sinister cult. As the story unfolds, he faces not only the girl's pursuers, but the ghosts of his own past.

The Fires of Affliction contains examples of: