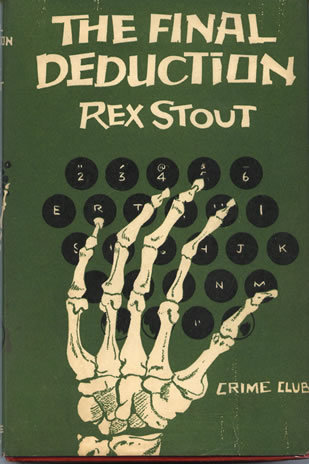 Former actress Althea Vail hires Wolfe to ensure the safe return of her husband Jimmy, kidnapped by a "Mr. Knapp" who has demanded a $500,000 ransom. After a visit from Althea's secretary Dinah Utley, Wolfe and Archie quickly conclude that she wrote the note; however, after Jimmy's return two days later, Dinah's body is found on the same road as Althea delivered the ransom money. For the second time, Archie concludes that someone close to Althea was involved in the kidnapping, only for that person to be killed, this time Jimmy Vail, crushed by a falling statue in his library. Complicating matters, the ransom money has gone missing, and Wolfe accepts a fee from Althea's son Noel Tedder to find it. The treasure hunt and murder investigation intertwine as promises are made and broken, and after the search for the money is resolved, a kidnapper and murderer must be brought to justice.