Literature / The Fall Of Shannara 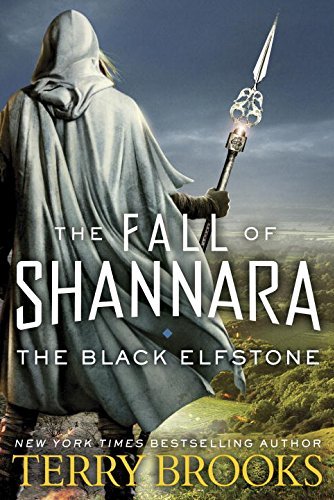 The Fall of Shannara is a series of four books by Terry Brooks in his acclaimed Shannara series. Brooks confirmed this series is intended to end the Shannara saga.

The first title The Black Elfstone was released on June 13, 2017. Set about 200 years after The Defenders of Shannara, long years of peace comes to an end as mysterious invaders show up in the Northlands. These invaders use a magic that nobody, not even the Druids, can recognize and have unknown intentions towards the Four Lands. A delegation of Druids is sent to investigate under the protection of Dar Leah.

Meanwhile, former High Druid Drisker Arc has to deal with assassins as well as a young girl named Tarsha Kaynin who has sought out his guidance. Tarsha has the power of the Wishsong as does her brother Tavo...who is driven mad by its power.

These books contain examples of the following tropes: